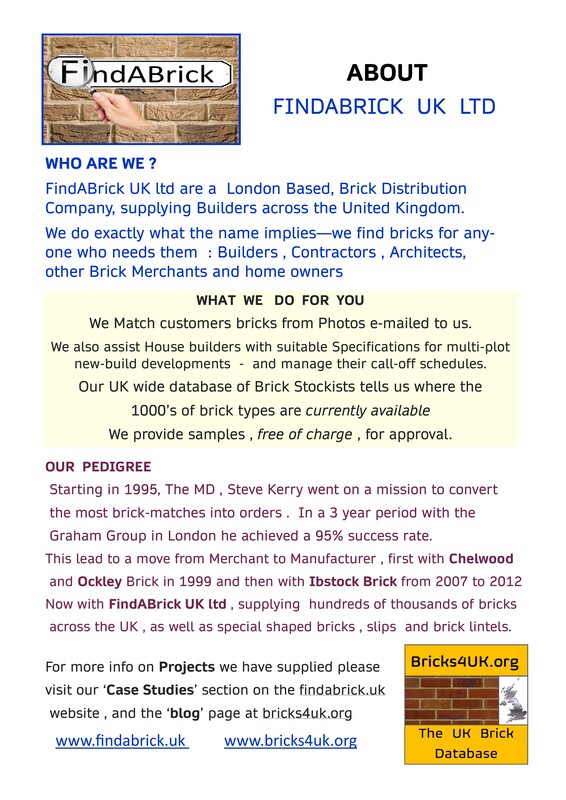 ​
Where are all the bricks ?

What if there was a UK-wide database for bricks stocked in the UK  ?

Bricks that are available - NOW

There are 100's of bricks
to choose from
Visit bricks4uk.org now

What is a Brick Expert  ?

These days it seems that anyone can become an 'expert' - just 'Google' it - right ?
Not so.
Ask yourself - if I needed brain surgery , what would be the minimum amount of time I would be happy for the surgeon to have studied the brain at university for ?
OK , choosing bricks is clearly not as serious a consideration as the ability to perform brain surgery successfully.
But the principle remains the same ......the more time someone studies a subject for - the greater their knowledge of the subject is likely to be.
So here are two scenarios

Builder A :
This builder goes off to his local Builders Merchants where they stock over 10,000 different types of construction materials, which may include a few types of bricks.
The sales people have to know a little about everything, as they are tasked with selling everything that they stock , including the small range of bricks.
The Builder will probably want to see more varieties and be referred to the manufacturer that gives them the best rebates .
The reality is that there are literally 1000's of different types of bricks available , many of which are imported
from other parts of Europe.
The likelihood is that your man at the Builders Merchants will not have the experience to know about the
vast choice of bricks that is available , or recognize the ones that were used to build your house.

What Builder A needs is a Brick Expert

Builder B :
Builder B knows that the house that he is extending has a 90% chance of being built with imported bricks.
So he is looking for an organization who employs someone that has spent many years trading in bricks
from Ireland , the UK and beyond.
Findabrick  are such an organization.
How so ?
Consider the training of the MD Steve Kerry
When joining Ibstock Brick in 2007 as an Area Sales Manager for London , Steve was required to do a 4 week induction to study the products in the way that a Technical Sales representative would traditionally have done.
At the end of the 4 weeks , there was an intense course known as 'Ibstock Brick University ' to pass in order to continue as an employee of Ibstock Brick.
The Ibstock Brick University course covered topics like :
> How are bricks made ?
>  What is vitrification ?
> Best codes of Practice in the use of Clay Masonry Units
> Identifying Special Shapes and their application

By contrast , back in 1999 , when Steve joined Chelwood Brick ( now part of Wienerberger ) he was given a car with some samples and brochures in the boot and sent out into the marketplace with no training at all.
Still , the next 2 years were an experience none the less !

Conclusion :
If you are choosing bricks for a project and want to be offered a suitable choice, then save time , and most likely money as well by consulting an expert ! 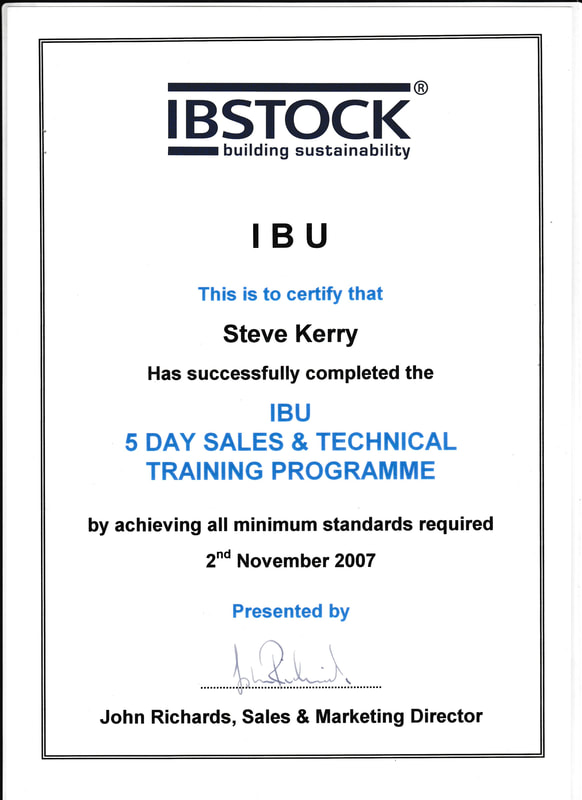